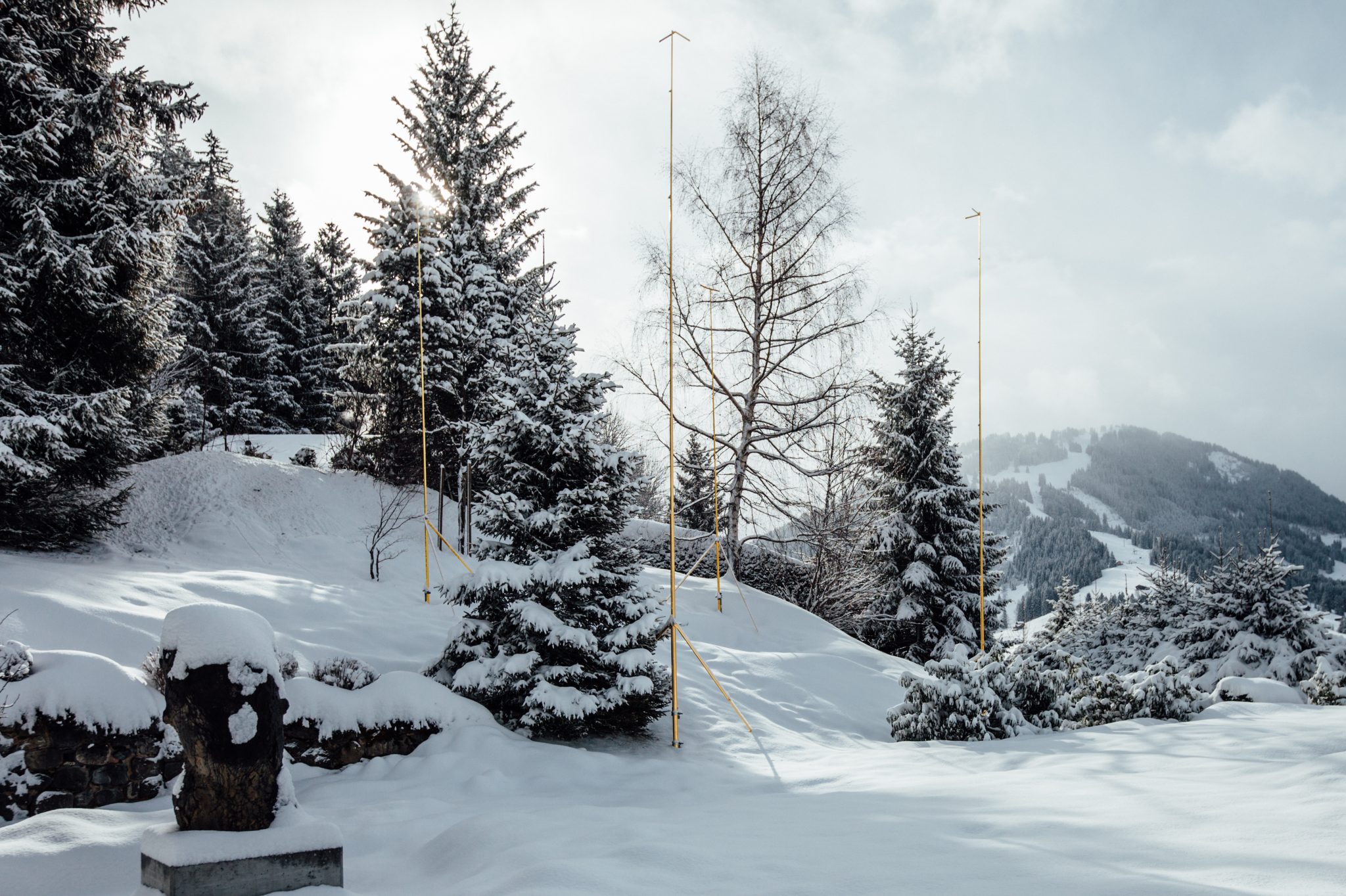 Like water, glass exists in both solid and liquid states. Both are fundamental to the architectures we take for granted. At the same time, in their most common form they are invisible. The architectural glass works on view here for the first time continue this exploration of visibility that began in Gstaad in 2014 during Elevation1049 with “All that is solid melts into air”, a piece that not coincidentally was first installed on a frozen lake and which now in it’s new iteration in 2018, is firmly grounded into the earth. Here a series of gilded profile poles demarcate the invisible form of a structure perhaps dreamt of but never built. With these new works “Untitled, Window”, “Untitled, Door” and “Untitled, Six Windows”  Scarry also diagrams possibility while at the same time withholding the very point of view that such possibility commonly provides. The thing that we typically look through, we are here asked to look at.  Ultimately, suggesting that how we perceive our notion  of the world into concrete structures, both literally and figuratively, may be in constant flux. A glass door, is made from the shards of windows that originally belonged to a building that aspired to be NY’s tallest but never was. Leaned against the wall it opens not onto the dreams of others, but onto itself. The glass works were produced in collaboration with Urs Rickenbach who also produced Sigmar Polke’s windows for the Grossmunster Cathedral in Zurich in 2009, which inspired Scarry’s “The Son Of Man” an  abstracted Rorschach diptych glass work . Each of these works is the result of the masterful alchemy of transformation. Hence, Scarry’s decision to borrow from one of Polke’s paintings, the title for her show at Hauser & Wirth’s Vieux Chalet in Gstaad “Seeing Things As They Are” . Each exists on the balance point between the visible universe and the unknown landscape that lies behind. 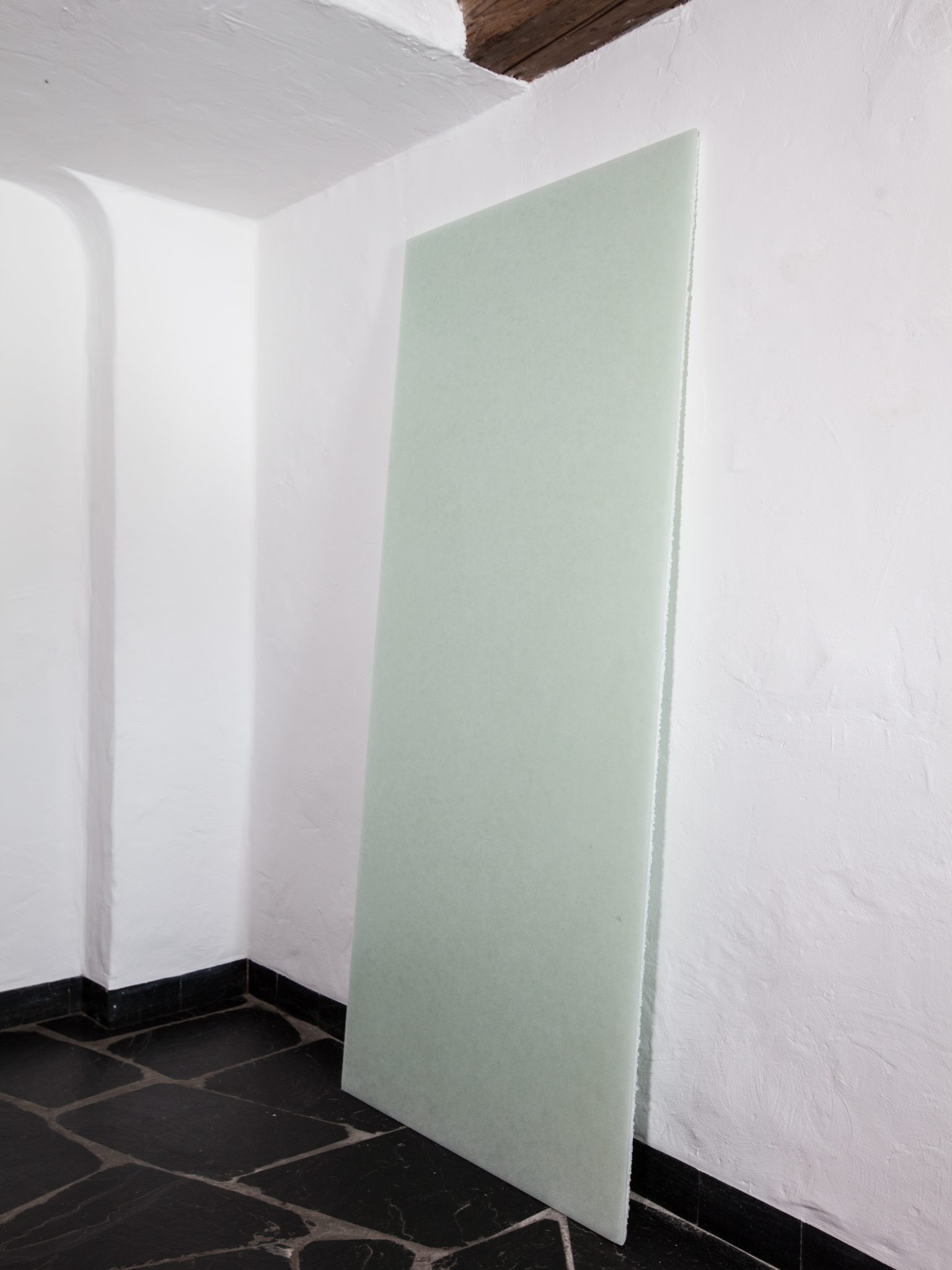 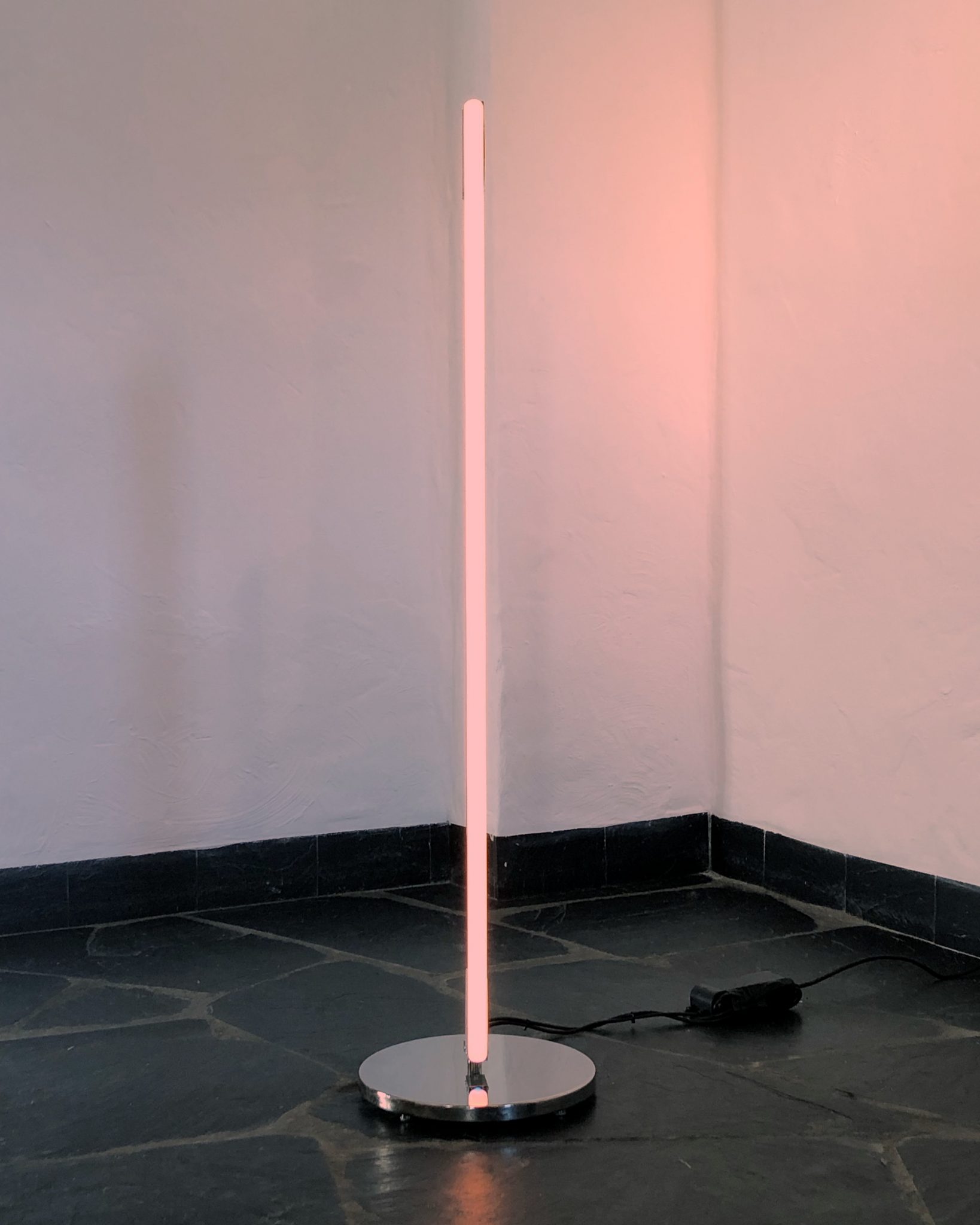